She started early from her school days to play cricket. When she began to play cricket, her family members were not that supportive but her mother was constant support & support system in her journey.
Her inspiration to play cricket was watching National Men team captain Gyanendra Malla. She also mentioned that he helped her when she was dropped from the national side in 2009.

From a bowler to one of the best batters in the women team, Sita Rana Magar has come a long way. The transformation was the best for the team. She played as an opener. The most breakdown moment, when not selected on the national side. This incident broke her down but she came back brilliantly in the team as an opener. The most Unforgettable moment, when she scored 48 runs while opening after her comeback from an ankle injury.

The women team used to play with two kits. There used to be only a pair of bats & 2 pairs of gloves. But the passion overpowers the struggles & keep the journey ahead.

Women are naturally blessed & challenged too. She further added to, most players in the team take two painkillers to play when their menstruation cycle. There is a lot to improve cricket for women on the ground level. Follow your passion & work hard to play for the country. It is much easier to play now than 10 years before. We need aspiring new talents in the team to come forward & go for it, she requested to the young girls. 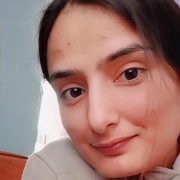 A technology student who happens to fall for cricket crazily... Also, a cricket enthusiast who loves to explore the cricketing world through writing... Besides cricket, love to read different books, fond of rain, tea & enjoys ice cream...

ICC World Test Championship: Updated Qualification Scenario, and what next for the teams?

Nepal lifts the title on home soil after 11 years