The board meeting of Cricket Association of Nepal (CAN) held on the 26th of January confirmed that Nepal accepted the offer to play Bilateral T20I series with Qatar, which will happen on Qatar Sports Day on Feb 9 -12. The national team will start closed camp from the 1st of February after completing the Prime Minister’s Cup tournament.

They also revealed that the PM Cup winners would get ten lakh rupees, Runners Up will get five lakh Rupees, and Semi-Finalists will get Rupees 50 thousand. The series’s player will also get 50 thousand rupee cash prize, and best batsman and bowler will win 25 thousand rupees. 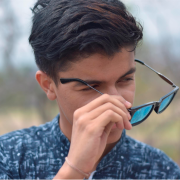 Yusuf Pathan retires from all forms of cricket.