On the two match test series, host South Africa wrapped the series 2 – 0 against the visitors Sri Lanka. The series started at Boxing Day turned a huge boost to the hosts after a poor run of form at the on going World Test Championship Table.

Sri Lanka started the series pretty well with 396 on the first innings . Dinesh Chandimal’s 85 and Dhananjaya de Silva’s 79 was the highlight of South African batting. But South Africa came back even better with 621, with Faf Duplessis missing double century by just 1 runs.

Dean Elgar scored 95, Bavuma 71 and Markram made 68 in the process. Not to forget tailender Keshav Maharaj’s 7. Hosts won first test by an innings and 45 runs. Srilanka faced injury of their major batsman Dhananjaya de Silva and major pacer Kashun Rajitha . Also their other pacer Lahiru Kumara was injured. Debutant Lutho Sipamla for South Africa had a phenomenal debut. He picked 4 in the first and 2 in in second innings.

Sri Lanka made the ground in second test without three major player out, due to injury and they really looked like half a squad. With the help of Kushal Parera’s quick 62 off 67, they managed to put 157 on the board in first innings. Anrich Nortje picked 6 scalps to restrict Sri Lanka to a very good total.

South Africa in reply put up 302 runs on the board giving the hosts 145 runs lead. Dean Elgar scored 127 and Rassie van der Dussen got 67 runs. Vishwa Fernando picked a 5 to not let people feel they were playing without their two maor pacers.

Batting department, on the other hand, they really looked incomplete. Despite of captain Karunarathne’s 103, they just scored 211 on the board. Lungi Ngidi Picked 4 and Sipamla picked 3 to not restrict the tourists under 67 runs lead.

With the target of 67, protea team batted really well. Openers Dean Elgar and Aiden Markram put up an unbeatable stand to chase the total by 10 wickets.

South Africa have their next series against Pakistan in February, while Sri Lanka are touring England with Test Series starting from 14 Jan. 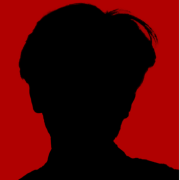 Another COVID crisis for RSA.